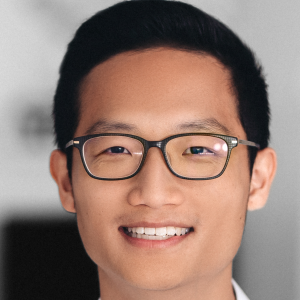 Did the iOS14.5 curveball crush your ads?

If it didn’t, congratulations!

If it did, hang in there.

In this post, I’m going to share a few insights we are gathering based on what we see in our accounts.

If you’re (unlucky) like we were, your ads were probably crushed.

Within days, we went from KILLING IT to KILLING OURSELVES (figuratively).

In our minds we already killed Apple and Facebook a hundred times.

We were well-prepared (or we thought we were).

Either Facebook or Apple decided to spring a nasty surprise on us.

We stopped getting calls even on our most reliable account (which has been producing $60-100K per month from $15K per month in spend for the past 18 months without fail).

We expected the worse and hoped for the best…but only the worst came.

So if you experienced the same thing, I know how you feel.

Let me be clear: there isn’t one thing we did that worked for every account.

Just like there wasn’t a magic pill 9 years ago when I started advertising on Facebook, there still isn’t one today.

So instead of giving you a generic list of recommendations, I’ll give you a breakdown of the key things we did for a few of the accounts.

Hopefully these transparent examples give you an idea of what to do with yours.

What to do if you’re stuck

First, stay connected with other advertisers.

One of the most useful things I’ve learned is that one tactic can sometimes change your life (literally).

(Shameless plug: if you’re on Twitter, follow me too. I can’t guarantee your ads will do well but I can make you laugh and laughter is the best medicine when you feel depressed.)

I also regularly get ideas from chatting with my agency friends.

Second, make a list of what you plan to test, prioritize the list based on your conviction, and review the list after each test is complete.

For example, I used to think that a lookalike audience of paying customers is the best list you can find.

Later, I found that the lookalike audience produced the cheapest calls, but none of them converted. By that time, we invested $4,000 in it. We were able to review our list of audiences and re-prioritize them. Eventually we found winners among those who visited the testimonials and podcast sections of the website, rather than the paying customers.

This is just one example.

Third, don’t give up.

Not everyday is going to be rainbows, but storms don’t last forever.

Photo by Brett Jordan on Unsplash

Subscribe below to get future posts from Jason How